Forty years ago today, a worldwide epidemic was unknowingly announced in a newspaper. Unlike COVID in 2020, this other virus had been unforeseen and undiscovered and, ultimately, politically stigmatised until it was on track to cause irreparable loss of life.
A generation later, it still has no vaccine.

His name is not recorded in Australia’s history books. He was just an average Australian bloke, but he became possibly the first casualty – the proverbial Unknown Soldier – in one of Australia’s most frightening wars.

He was born in Australia in 1909, when our nation had barely reached Federation. He spent his infancy during harsh drought, in an era of horse and cart, electric trams and the telegraph.

As a young boy, he would have seen older lads – possibly his father and older brothers – go off to the Great War. Later, he would have witnessed those who survived the war returning home to live with possible shell shock or disfigurement – and to face the worldwide pandemic named Spanish Influenza.

As a young adult, he saw the opening of Sydney Harbour Bridge, survived the polio era, lived through the Great Depression and he may have served in World War Two.

As an older adult, he saw many changes and challenges: television and antibiotics, automobiles and aircraft. He witnessed the Korean and Vietnam Wars, the Berlin Wall and Cuban Missile Crisis, the Apollo Moon landings, US assassinations and civil rights demonstrations.

His world was shaped by the Cold War and his lifestyle may have been oppressed by McCarthyism. He lived through the early days of Gay Liberation and he may have marched in the original street protest which led to the annual Sydney Gay and Lesbian Mardi Gras.

Like many Australians of his generation, he had never travelled far nor done anything particularly significant or notorious. Tragically, the end of his life would be most significant.

Around February 1981, he began to get sick – at the same time when millions of Australians were becoming distracted by the engagement of Prince Charles to Lady Diana. By the time of the Royal wedding in July, our friend’s prolonged illness had developed into a persistent cough and he had pronounced difficulty with breathing.

The illness which struck him was testimony to the international travel that had become a ubiquitous aspect of our modern jet-setting lifestyle, despite the fact that he had personally never travelled overseas. He was afflicted with what was then called Pneumocystis Carinii Pneumonia (PCP), a fungal pneumonia that had first been identified in 1909 (Grmek, 1990, 116) – ironically the year of his own birth. It was only after World War Two that PCP began to appear in malnourished children who lived in overcrowded orphanages of post-War Europe – and a link was established between PCP and humans whose immune systems had been damaged or compromised (Shilts, 1987, 34.) A symbolic link had also been established between PCP and the concept of war or deprivation – a metaphor which would not be forgotten in the coming years, including in Australia.

All this background probably meant little to our friend, who battled his chronic breathing problem without being aware that others around the world had also recently puzzled their doctors with similar or related medical difficulties: people such as 47 year-old Grethe Rask, a female Danish surgeon who died in December 1977 (Shilts, 1987, 6 & 7); two pediatric siblings in San Francisco who were diagnosed in 1978 and 1979 (Cochrane, 2004, 28) while gay men in Los Angeles were being diagnosed with strange diseases around 1979 (Black, 1986, 20 – 21); an unnamed gay 27 year-old African-American hospital guard in New York City who died in December 1979 (Hooper, 1999, 57); a young gay man named Nick in New York’s Fire Island, who became sick in March 1980 (Black, 1986, 18 – 19); an anonymous gay 36 year-old dairy industry agricultural engineer who died in Denmark’s Rigslhospitalet, Copenhagen, in September 1980 (Shilts, 1987, 34 & 35); a Portuguese taxi driver and two women in Paris who all succumbed in late 1980 (ibid, 36 & 37). Ominously, a number of young gay men in Los Angeles had also been identified as getting sick and/or dying from the same ailment in 1981 (CDC, 1981) while nine gay men in San Francisco were also diagnosed in July of that same year (Cochrane, 2004, ch. 3). These people were merely the tip of a metaphoric iceberg.

In Africa, the danger had already been spreading silently for years. Swiss author Henning Mankell reports anecdotal evidence that mysterious ailments were being noticed among people in Uganda as far back as the 1970s. According to one story, a young man named Lukas had become afflicted in 1974 with an increasingly-debilitating mystery illness which included swollen glands, weight loss and an outbreak of sores. Lukas, and his two wives, all got sick and died – followed, in subsequent years, by other people in Kampala. One of Lukas’ workmates had explained this mystery to his child through a simple but hauntingly significant truth: “Something has happened” (Mankell, 2004, 52 & 53).

Something was indeed happening – and a killer virus was silently spreading; its first likely identified victim in the USA being an African-American teenage boy who was retrospectively diagnosed some decades after his death in 1969, at around the time that the rest of the world was being distracted by the scientific and social watersheds of Apollo 11 and the Stonewall riots.

But the silent killer continued to build its strength, and gay activist Cleve Jones recalls:

“I have memories from 1978 and 1979 of friends of mine contracting diseases that I’d never heard of, or that I’d heard of but only in the context of impoverished countries. I remember a friend came down with meningitis, and that seemed to me to be odd. There was also quite a bit of hepatitis going around. So here was sort of a glimmering realization, but nobody took it too seriously, because the sexually transmitted diseases were easily treated with just a few doses of antibiotics.”

Our anonymous Aussie battler would most likely have been totally oblivious to this community of suffering when he was admitted to a Sydney hospital in August 1981, after six months of progressive deterioration. He died the following month, aged 72.

Twelve years later, doctors tested a preserved medical specimen that had been collected from the patient in January 1980. Using a test which had been unavailable and unimaginable back in 1980, they discovered that the patient had died of a condition which we now call AIDS. Yet when this patient died, AIDS had barely even been recognised as a problem overseas; it was still so new and mysterious that it had not yet been accurately identified nor assigned its name; and its existence in Australia had been unknown at that time. This led Australian doctors to make a worrying declaration in 1994 following their retrospective diagnosis of this patient:

“Whether this represents an isolated case in a man who progressed rapidly because of his relatively advanced age, or whether HIV was present earlier in Australia than previously thought, remains unanswered” (Gerrard et. al., 1994).

“Patient X” had never had a blood transfusion nor any record of injecting drug use – and yet his blood told a chilling story. Somehow, he had been exposed to the virus here in Australia in late 1979 or possibly earlier (Carter, 1994; Davies, 1993).

A new pandemic had arrived in Australia and silently claimed its first casualty. 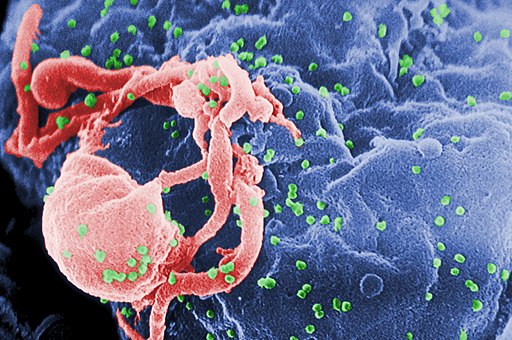 Then, forty years ago today, the looming larger catastrophe was announced to the world. The New York Times – not the first to publish an article, but the first to publish one that gained widespread public attention – announced that a “rare cancer” had been found in 41 homosexuals (Altman, 1981). It revealed the worrying aspects of an emerging pattern: rare diseases were being caught as an indication of a compromised immune system among young gay men who should not normally be victims to such medical oddities (McKie, 1986, 21 & 22).

One of the people who read that newspaper report was John Foster, an Australian historian who was on study leave in New York City. He later recalled the day which would forever announce the public arrival of slow-creeping catastrophe into the lives of millions of people around the world:

“On Friday 3 July 1981 I went early to Mass. By the end of the Mass the priest was sweating. Summertime in New York, I was discovering, was drenched in sweat, though it was rarely so pure an essence as the kind that impregnated the wafer I received from the priest’s damp hand. On the subway, sweat sickly mingled with cheap scent; in the gay bars on Christopher Street it hit you in a mixture of amyl or diffused in the acrid drift of marijuana smoke; on the streets it came at you out of peripatetic hot-dog stands or the open doors of greasy-spoon cafes.

“Walking home from church, with my shirt already wet on my back, I bought a copy of the Times and turned in at Nick the Greek’s for my usual eggs and coffee. On the eve of a holiday weekend it was less than normally busy. There was room at a corner table to spread out the paper, a small but significant luxury which disposed me cheerfully to the day ahead. There was no news of any moment, which may explain why I spent so long reading the almost full-page advertisement of the Independence Savings Bank. ‘Sing out on the Fourth!’ it said, and to encourage this holiday spirit it printed the music and three verses of the ‘Star Spangled Banner’…

“So much glory is hard to take at breakfast, and so the Times, which is a newspaper of impeccable taste, balanced this rich fare with a thin column of more astringent medical reporting. Doctors in California and New York had diagnosed among homosexual men forty-one cases of a rare and often rapidly fatal form of cancer. The cancer appeared in violet-coloured spots which might be taken for bruises and which often turned brown before they spread throughout the body…

“It seemed to have something to do with promiscuous sex. Most of the cases had involved homosexual men who had had multiple and frequent sexual encounters each night up to four times a week…

Three weeks later, on 25 July 1981, John Foster was to meet another man – and this meeting would change both their lives. On 14th Street, by the Steps of Our Lady of Guadaloupe’s chapel, he met young Juan Gualberto Cèspedes (ibid, 41) and they struck up a casual friendship which quickly became a long-term relationship. Since his arrival in New York as a refugee some twelve years earlier – just in time to experience the culturally inspirational effect of watching the Apollo 11 Moon landing – Juan had subsequently been unable to realise his personal ambition of becoming a dancer due to the prejudice of others and following an unfortunate encounter with a New York taxi cab. His relationship with the Australian academic John Foster would provide him with new hopes – and it would provide John Foster with companionship and confidence.

Foster’s mistaken belief that he and Juan were not in any danger of belonging to the “violet-spot league” was a continuation of the same confidence which had been experienced by a younger Juan Cèspedes in the days of Gay Lib – and yet they were later to discover that such confidence and dreams would ultimately turn into ashes.

A new epidemic had been silently creeping into our world for some time, creating a concurrent epidemic of discrimination, stigma and disempowerment, and thereby giving rise to great ongoing needs for activism both in Australia and overseas. Ebola, SARS and COVID were not the first major epidemics in living memory, but our response to these others has been shaped – rightly or wrongly – by the lessons we have learnt (or failed to learn) from HIV/AIDS.

Cochrane, Michelle, 2004. When AIDS Began: San Francisco and the Making of an Epidemic, Routledge.

Shilts, Randy, And The Band Played On, Penguin Books.

This work was supported by an Australian Government Research Training Program Scholarship.